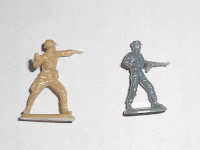 I am now making some Syrian infantry for the 1973 October War in Israel. There is no set of
Syrian infantry so I had to convert. The tan figure is from the Revell  WWII Soviet set and has the correct helmet, the grey figures are Imex NKPA figures with the wrong headgear but correct weapons 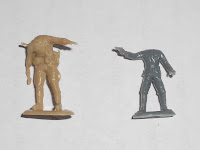 The next step was to remove the heads from both sets, an easy task with a sharp blade. 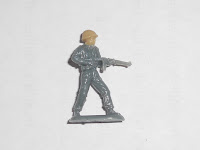 I then used 5 minute epoxy to attach the heads to the NKPA figures. 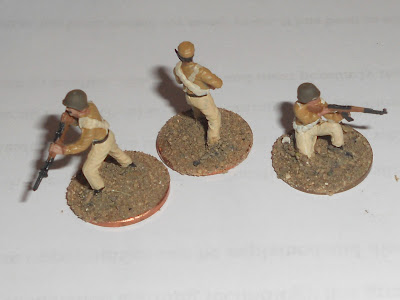 The final result, after some Model Master paint from a chance find reference plate on Google, Arab-Israeli conflict.
Posted by Ben B. at 8:32 AM