These are all Khurasan miniatures with a few conversions.
They are not intended for the more famous Norman conquest of Britain, but instead for the adventures in the Mediterranean such as the Italian and Sicilian wars, the Balkan invasions, and the 1st Crusade.

They were pleasant to paint since about 4/5 of their bodies are fully armored. I did spend some more time on the shields which were fun to paint and are really the main thing I see. 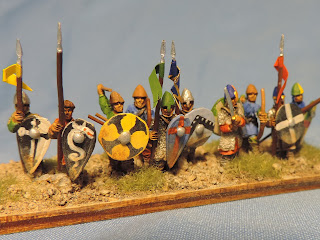 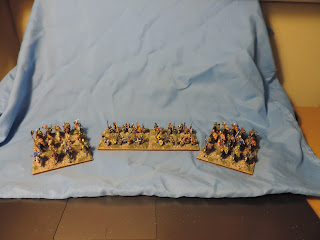 Combined with my previous two units, I now have 6 units of cavalry: 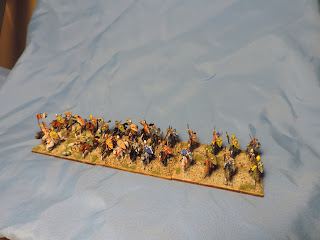 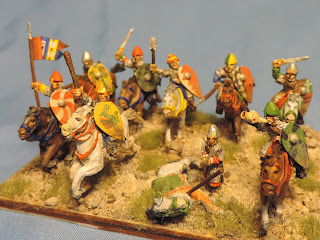 and two light cavalry stands with javelins and spears: 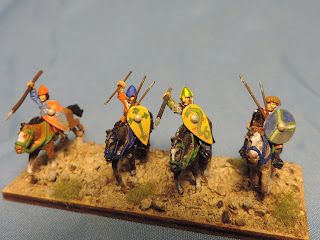 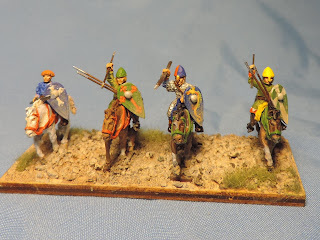 There are also 4 new infantry elements (spears, swords, and archers mixed in: 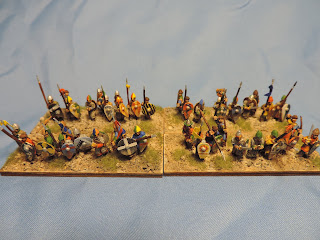 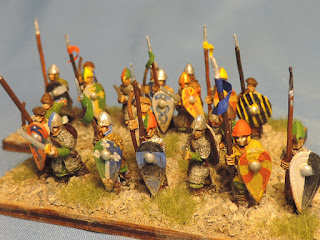 One stand of Sicilian/Italian Franks: 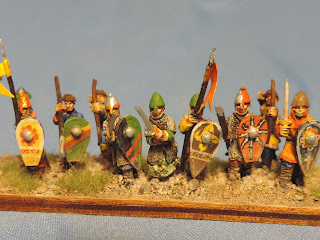 And finally a stand of Eastern or German Franks (I forgot to paint the javelin tips!)

Thanks for looking. Stay tuned for some Seljuks!