Some Modern US Army - Work in Progress

I just wanted to post a quick update of what I'm working on. The Romans I showed last time were a bit of a chore, so I decided to do something completely different and revisit some Modern 20mm topics. For this I chose the old Vepa 1/72 US Army figures now sold by Empress. They are the best 20mm metal moderns - it's just too bad that most other ranges don't come close.

For now I'm doing a squad in Universal Camouflage Pattern (the grey kind) and another in Multicam (the newer green camo).

Here's an incomplete figure in Multicam. I used my old tutorial as a basis, but have added some additional fine washes and highlights. 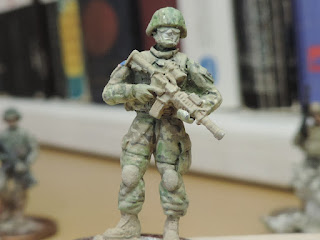 Here's a contrast between the two. I'm doing the UCP guys as 10th Mountain Division in Afghanistan in the mid 2000s, and the Multicam ones as contemporary 82nd Airborne. 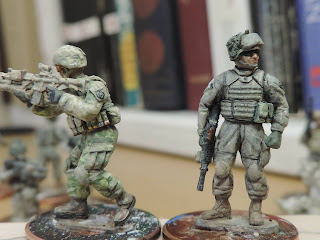 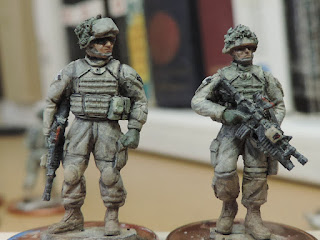 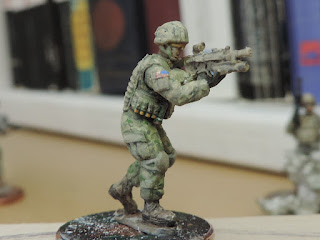 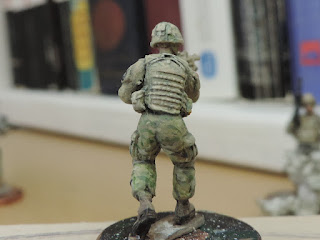 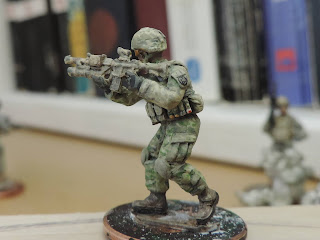 Designated marksman - I love this mini. 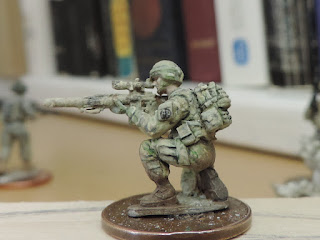 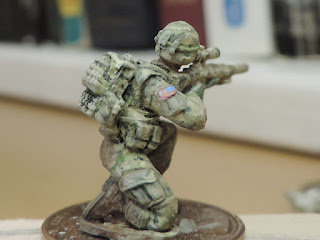 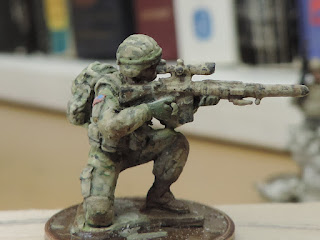